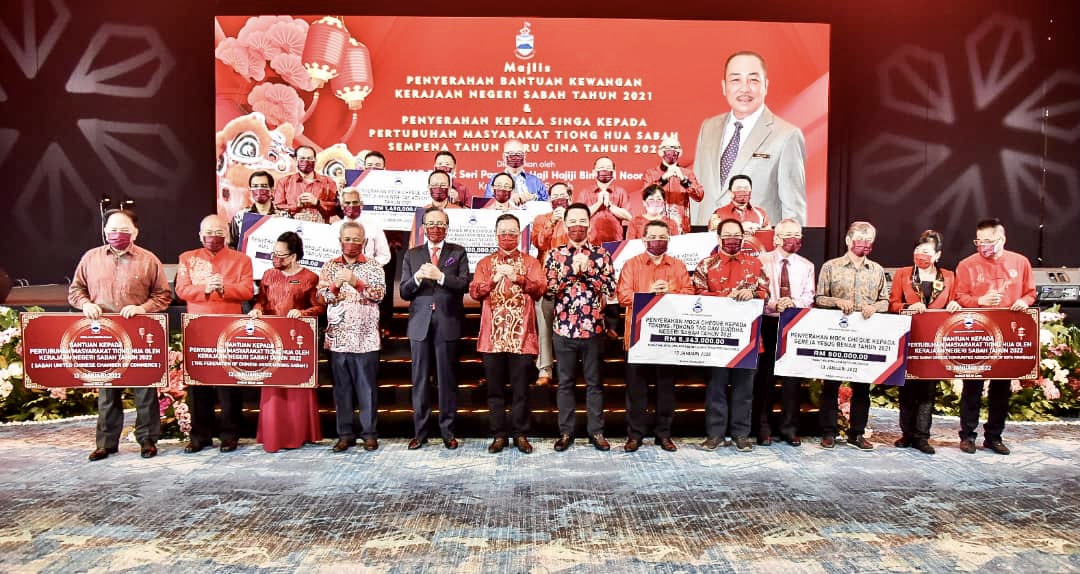 Masidi (fifth from left) with representatives of the recipients of the financial assistance from the State Government.

KOTA KINABALU: The State Government has allocated RM164.12 million for the implementation of educational and religious development programmes in this year’s State Budget.

Chief Minister, Datuk Seri Hajiji Haji Noor said the funds were channelled to the relevant government agencies, religious and educational bodies, as part of the State Government’s efforts to enhance the quality of human capital and to ensure the people’s wellbeing.

For this year, Hajiji said, the State Government has agreed to allocate a total of RM47 million, the largest ever for non-Muslim religious bodies as well as for the vernacular, mission and independent schools.

“The amount is the biggest ever approved by the Sabah Government and this reflected our sincerity to ensure the welfare of all races and religions in Sabah will be taken care of,” he said.

The State Government had also allocated RM1 million for the lions that will be distributed to the various associations and lion dance troupes in conjunction with the Chinese New Year throughout the state.

“The presentation of financial assistance and lion heads clearly demonstrates the Gabungan Rakyat Sabah (GRS) State Government’s commitment to implement a fair and equitable policy in all aspects,” he said.