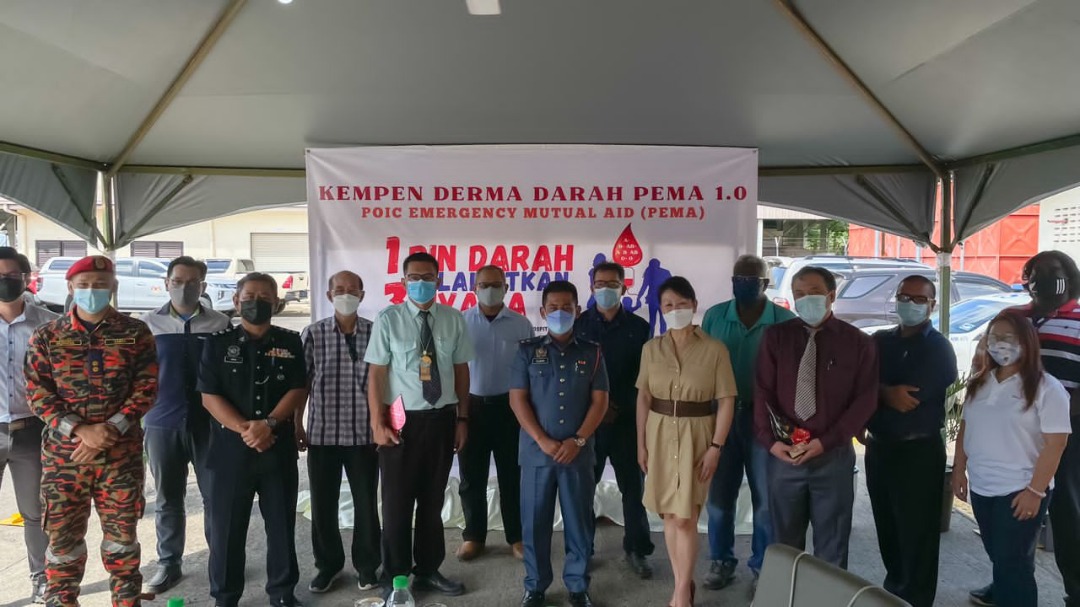 Opening of the Blood Donation Drive

The Health Department also provide basic health screening and mental screening throughout the campaign period, she said, adding the campaign was in response to the Lahad Datu Hospital’s blood bank’s call for assistance due to the depleting blood supply following the movement restrictions imposed to curb the spread of Covid-19.

Blood donors on the 1st day of campaign

PEMA is a self-help community of companies within POIC Lahad Datu which was formed in 2014 under the guidance of the Fire and Rescue Department which regularly conducted training in disaster prevention and relief.

Hoo said the two-day blood donation campaign at the POIC Lahad Datu port here aims to collect no less than 100 pints of blood.

“Sabah is one of the states with highest number of Thalassemia patients, many of whom require regular blood transfusion, at least twice every month.

The blood donation drive will be held until 2pm on Nov 25. Those seeking more information can contact the organiser at 089 883289.

Assistance for families to move on post-pandemic era